This is my current favourite stand-up routine.  I thought it would work nicely as a video blog, so that's what I've done.  Thursdays are going to be my day off for the foreseeable future, so if I'm at all organised, I hope to make this a regular feature.


In other news, I will get on with uploading some new very short stories forthwith.  Promise.

Link of the Day: Shower Scene

Email ThisBlogThis!Share to TwitterShare to FacebookShare to Pinterest
From the Series: Comedy, Video

Although I've not been posting, things have been very busy for me here at EvilFlea Towers (I've never called it that before, but I'm considering starting).  I'd put posting here on the back-burner for a little while, because I have a few things I intend to be more organised with, and I've been more seriously trying to establish myself as a regular on the stand-up comedy circuit.  Then I found myself in a play and (willingly) co-opted into another top-secret project, so even the stuff that put this site on the back-burner, has been itself temporarily moved onto the back-burner.

Then, this week, I was challenged to make up a story on the spot based on two words chosen by my challenger.  Those two words turned out to be "cloud" and "junkies".  And I was bloody pleased with the story I came up with.  So today I wrote it up.  And drew a picture for it.  Enjoy. 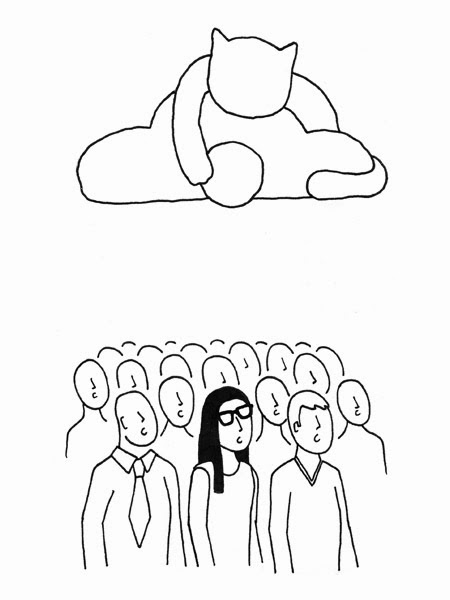 The day of the professionalisation of cloud-spotting was perhaps our greatest mistake. Everything changed that day. What started as an amusing pastime of children and tourists, seeing animals and objects in the sky that weren't really there, became a mascot for the rampant commercialisation of everyday fun.

It wasn't long before Channel 5 were broadcasting cloud-spotting-themed dating shows in the primetime slot on Saturday nights, and even The Royal Family published cloud-spotting publicity photos to show how much they had in common with ordinary folk like you and I.

Email ThisBlogThis!Share to TwitterShare to FacebookShare to Pinterest
From the Series: Cartoons, Miscellaneous Cartoons, Prose, Writing
Newer Posts Older Posts Home
Subscribe to: Posts (Atom)
evilflea is a collection of doodles, stories and poems created by [name redacted] when he really ought to have more important things to do.